I've got back to working on animations and I would like to share some results created with the new system and highlight a few features specific to it's workflow.

How does the scene look? 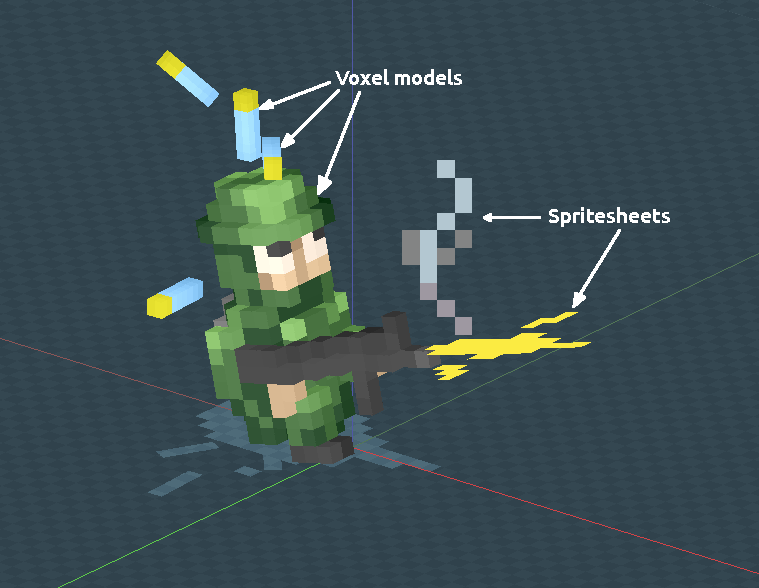 Fortunately these goofy eyeballs disappear at the resolution we are going to render at.

This is the animation sheet of the muzzle flash sprite alone. As you can see it consists of just 3 animation steps. SpriteStack works by fluently interpolating between keyframes - contrary to frame-by-frame animation this allows you to export as many final spritesheet frames as your game needs. 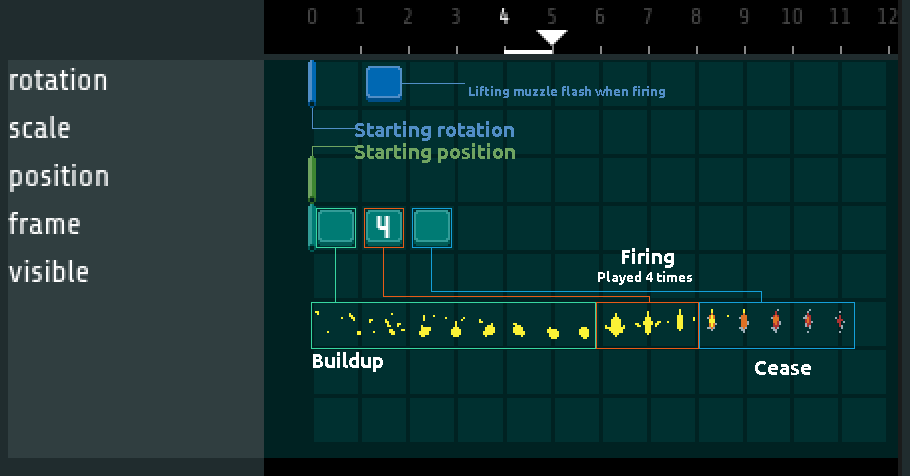 The flagship feature is that this system is designed to work well with spritesheets - jumping between frames and playing them in any direction is absolutely a trivial task in SpriteStack and you will never feel like they have been forcefully added to a 3D software.

One of the problems with such approach is that keyframe data is aligned to the grid. Let's say I want to shoot 6 bullets but there is only ONE data frame to accomodate them. To solve that problem I have added delay property that simply delays execution of all animations of that object by fractions of a frame. Both left and right animation consists of the same animation blocks - the only difference are the micro delays added.

Animation dynamics is based on making curves out of famous Robert Penner's easing functions. Here I have applied an easing curve to the rotation to give the emphasize the recoil.

That's how the curve looks like - it basically makes the guy go back and forth three times. 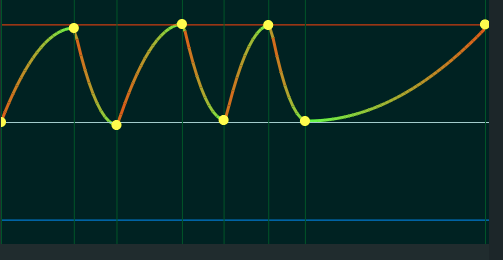 I know it doesn't explain too much about animating stuff in SpriteStack but that's the job that manual and tutorial will do. Hopefully you got a notion of what's possible and now you are getting ideas for your own animations. It's far from done but I am leaving it as is because I have promised you to release the renderer alone so you can export still objects with SpriteStack look'n'feel.

I post micro updates on Twitter
Also there is a Discord community gathering up.
The model I am using comes from this free assets pack by Maxparata

Aa an extra - since SpriteStack is a palette based software it took me about 5 minutes to recolor the sprites.

Thank you for supporting my work ❤️

really looking forward to all this

Really beautiful. I overviewed it, didn't read through everything, but I will.